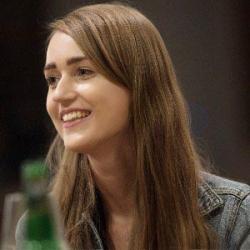 My experience from ITAPA Awards

As I promised in the last blog post, I should open this one by talking about the ITAPA Awards in Bratislava.

It was one of my first tasks on the job to complete the application form to an award that Route4U got nominated for. As it turned out, the award’s purpose was to find “The Best Project of Digitalization of Society” in the V4 region, so I was excited to have the opportunity to tell them why I think it’s Route4u. Therefore, preparing the application package was not only challenging, but it also gave me some responsibility in the outcome. To my surprise, Tibor (my colleague) and I were then asked to go to the award ceremony in Bratislava to represent the company, which we were happy to do. The venue was excellent and very illustrious; it was an honour to even be there. We went there as nominees and we were not sure what is going to happen. It was unexpected when they called Route4U out as a winner of the night. We were very proud and frankly surprised. After Tibor gave a great speech we went back to the table and a Hungarian Deputy Secretary of state, dr. Ákos Mernyei came up to us to congratulated; it was a pleasure to meet him. Later on, I also had the chance to talk about Route4U on Slovak FM, a local radio station. All in all, it was a great night, with lots of networking opportunities and it was a great honour to be there.

I still had my daily tasks, such as client meetings and quote writing, translations etc. But I also got more and more responsibility in representing the company. One of these occasions were the TV interview in HTV, a small district television, that wanted to talk about Route4U and the problems of the wheelchair community in general. The host was absolutely lovely and was well prepared to ask relevant questions. We had a nice chat about the app and our users and I learned a lot about TV presence.

By using the Route4U app, anyone can become a volunteer, anytime, anywhere with a smartphone and a few minutes to spare. To bring this idea further, I also started to work on the recruitment of volunteers to help build the map. It’s an exciting task, as I believe that such a flexible and mobile based volunteering opportunity can help getting the ‘y’ and ‘z’ generations involved in social issues. For this end, we are constantly looking for partners, such as schools and NGOs.

I also had the chance to pitch at the annual event of Startupok éjszakája, which is essentially an event devoted to spread the word about successful Hungarian startups and to assess what has happened in the Hungarian startup scene in the past year. It was a lovely evening, great networking opportunity with great speeches from high profile representatives. It was a challenge to get up on the stage and use my 3 minutes as well as possible. Naturally, I was nervous at first, however, as I stood there in front of so many people who wanted to hear what I had to say I got more and more relaxed. In the end, I think I did my best to overcame yet another challenge that I had to face in order to grow professionally. After the pitches, the audience had the opportunity to talk to the startups at their stands, which was great, because we met a lot of enthusiastic entrepreneurial minds, who asked for advice on how to start their own startups.

As the end of the year and Christmas was approaching, it was time for a Route4U office party. I’ve learned that traditionally, they all go for a late lunch at one of our colleague’s house, so that’s what we did. We got together for a casual steak and wine afternoon, which was lovely and I had the chance to get to know them outside of the office. Furthermore, we evaluated the past year, and expressed our hopes for the next. I’m really looking forward to the new year and cannot wait to see what it holds for me and for Route4U.