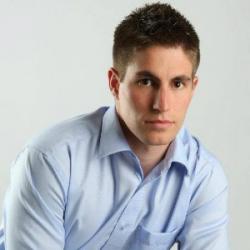 After Korea, I flew to Shanghai as the first stop in my China tour. Everyone knows that China is developing very fast, but they make sure you notice it. From the airport to the city center, you can choose the maglev train, which brings you in just about 8 minutes. This is the only magnetic levitation train in public use on the Globe. During the 30 km trip, it speeds up above 300 km/h. That was my first experience in China. Impressive.

China is under construction. Everywhere. So far in my life, I think I’ve seen only one really big skyscraper, but now I am not counting anymore. In a chinese city, one cannot look aroung without seeing at least one very high building beeing built. The second highest skyscraper on Earth is under construcion right now in Shanghai. It is the Shanghai Tower. Right next to it is the famous Shanghai Financial Center, which is the seventh highest one in the one world. Nice company.

The traffic in China was a bit unusual for me. For example the drivers honk just to tell the others that they are coming. If someone in Budapest would use the horn as much as an average Shanghai cab driver, that would be rude. There it’s normal. Just like not considering the traffic rules mandatory. Solid white line, red light, don’t matter. You’ll need courage to change lanes, other drivers try not to let you in, but the more determined wins. In such cases cars can get very close to each other, this seems a bit dangerous from a passanger’s point of view. I’ve seen a few small accidents, but serious crashes are rare.

The traffic in Shanghai is huge. No surprise in a city with a population of 30 million. Numbers in China are different than what a hungarian is used to. I was talking with Roger (the head of NNG Asia), he spoke about the different chinese nationalities (because there are more). He said there are some very small populations, with only a couple of million people. For us, that would be a quite big population, I guess.

The 2008 crisis was handled differently thanks to the big population. Those companies which were selling for the domestic market at least 20% survived, only this ratio went up to 80%. Luckily this market was growing very much that time (and is still growing). The chinese government does everything it can to help the local companies. For example a foreign car manufacturer can only build up a factory as a joint venture with a local manufacturer. Import cars have a huge import tax too. This way the local brands get access to new technologies, what they can use to make better quality products. While in Shanghai, I saw several prototype cars. which is a good indicator of the developed car industry.

Unfortunately, pollution is a serious problem in China. The air of any big city is full of smog, so much, that you cannot even look far. After a distance, everything is just some grey haze. But this seems to change, at least they try to do it better. BYD, one of the big manufacturers, is producing hybrid and pure electric cars and buses. Besides that there are lots of electric bikes. At least 90% of the (motor)bikes are of this kind. The administration is easier and there is no tax for them.

Shanghai is a huge metropolis, sometimes there’s incredible luxury, sometimes it’s a little chaotic and poor. This is probably because of the too fast devepment, but it’s sure the change is not over, the city is being built further and further.