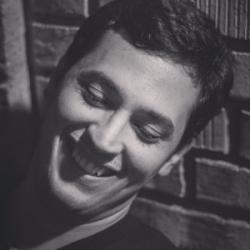 What Does It Mean to Be Lean?

So, I come from a medical background. My mother is a doctor, and I’ve graduated as a doctor too. Which is somewhat funny, because now I work at a technology startup. Life is a punchline sometimes.

When I was a medical student, we were surrounded by this all encompassing idea: evidence based medicine. You might have heard of this but if not, let me summarize it for you in one very short sentence: we don’t do anything to our patients that is not proven by testing first.

It’s a powerful idea which ensures that we only treat you (the fragile human) with what is proven to be effective and reasonably safe. I had a tutor who once said to us: “Beliefs are fine but they have no place in my emergency room.” Harsh, right? Also, it works.

When I got to CodeBerry, I have started working with engineers, and was fully prepared to face the fact that most of my training was going to be useless in this new setting. Then they have opened with this: “So, we are working with the Lean Methodology. You might have heard of this but if not let me summarize it for you in one very short sentence: we don’t commit to anything that is not proven by testing first.”

The experience was surreal. I came to this completely different industry, and they greeted me with the same core concept that I already had ingrained in my brain by med school. After a while though, it clicked with me, the variables are different, but the equation is the same: we do testing to ensure that the negative effects of a false hypothesis will be minimal.

To me this is beautiful. It shows that there are universal problems and universal mental models that can be applied to said problems with little modification.

Also it’s a warning. It doesn’t really matter what you call it (proving a hypothesis or validating an idea) the concept is the same: don’t act on beliefs. Do cheap and safe tests before you commit significant resources, and take big risks.

Thomas Edison famously said: “I have not failed. I’ve just found 10,000 ways that won’t work.” — which is to say that it’s okay to have flawed ideas. Just make sure that you have them in the right framework.